We seen 3GPP attempts to ride on unlicensed horse with LTE-U, that later tuned into LAA ( a licensed assisted mechanism), with LTE advanced capabilities. An we are continuously observing the cellular technology providers trying to tame the this horse in their favor - the unlicensed. There had been a hostile atmosphere for WiFi and LTE coexistence between WiFi Alliance and GSMA, and we seen rude debated for standardizing respective test cases. I don't remember where the things standing now.
But WiFi has maintained its solid sovereignty and emerged with its new versions recently named as WiFi 6, in such a capacity that many started assuming WiFi being a part of 5G itself, though we all know its ride on different horse.
Taming this unlicensed is turning into an obsession, as WiFi with its advancement and likability may cover up a significant market in broadband space and IOT use cases. 3GPP don't want to brook it, in fact cellular technology provider knows about the ride of it so putting the new rider like NR-U SA, targeted to be in Rel 17 and 18.
In a plenary meeting in Sorrento, Italy, 3GPP members approved making 5G NR-U a work item slated for inclusion in Release 16.
Look at the Blog from Qualcomm, what is says in general about NR-U.
Licensed spectrum is essential for cellular communication and that will continue in the 5G era especially for the traditional mobile broadband services launching next year. But when it comes to extending 5G into new markets, I think the opportunities generated by adding support for unlicensed spectrum cannot be overstated.
The NR-U work item that was just approved by 3GPP supports both the existing 5GHz unlicensed band as well as the new "greenfield" 6GHz unlicensed band. In subsequent releases, I expect the addition of other unlicensed and shared spectrum bands, including mmWave. The work item covers five scenarios with functionalities such as Carrier Aggregation (within one eNodeB), dual connectivity (across two eNodeBs), LTE anchor in licensed spectrum, 5G NR anchor in licensed spectrum, uplink only in licensed spectrum, downlink only in unlicensed spectrum as well as stand-alone operation. For the purpose of simplicity, I am collapsing these scenarios into two main modes of operation:

Qualcomm has been not very explicit to say it as counterfeit for WiFi but putting it as answer to LTE multifire.
whatever way you take your target is well understood. But it will be leading to an interesting spree of events, debates and discussions.
Posted by Fundarc-Comm

City Wi-Fi Roaming Project connects the networks of major cities around the world. 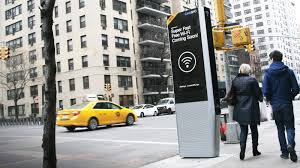 WBA has organized the City Wi-Fi Roaming trial under the World Wi-Fi Day initiatives across many cities since 2016. The City Wi-Fi Roaming project is part of the World Wi-Fi Day initiative to accelerate affordable wireless connectivity around the world. The initiative allows consumers and visitors of major cities to automatically and securely roam between the public Wi-Fi networks throughout the October and November 2018.

The Wireless Broadband Alliance is encouraging cities, government bodies, fixed and mobile operators, technology vendors, Internet giants and service providers, as well as retailers, to come together to deliver connectivity to everyone, everywhere. The City Wi-Fi Roaming trial aims promoting and fostering the adoption of Next Generation Hotspot across the globe, working together with multiple cities around the world, key HUBs that make the data traffic possible, and also a set of operators.

Contact WBA (www.wballiance.com) now if you want to get involved the program: https://www.worldwifiday.com/support/

Convergence is at the heart of next gen network with 5G - BT, AT&T, ZTE, WBA all there.

As Fundarc Communication (xgnlab), a telecom consultancy, we already spoken about 5G convergence since the beginning of 2018 or even late 2017. Not only as foreseen visionary but as the need of time and way to evelove to 5G from 4G and 4G adv. We already started writing on these line since then ....

We written on this as whitepaper and recently came with latest one with rationals behinds 5G Convergence and need of time approaches.

Get it at WhitePaper tab at www.xgnlab.com

Going with Convergence or what we like to refer as "Large Scale Convergence", We recently seen much of industry interest.

BT will put 5G at the heart of its fully converged smart network, when it launches the next generation technology next year, according to the company's chief technology officer, Howard Watson.

"We've learned that 5G might not follow the same path as 4G but that's OK - it doesn't need to," he said.
"As CTO of BT, my job is not to build 5G or 4G networks. It's not even to build WiFi or fixed line networks. These technologies are building blocks that we use to create something much bigger than the sum of its parts.
"We are building a truly hybrid, converged network that aspires to give customers 100 per cent connectivity coverage."
When it is launched, BT's Smart Hybrid Network will utilise the comapny's 4G, 5G, Wifi and fixed line networks to provide its customers with near ubiquitous connectivity.
The Smart Network will automatically connect to the fastest, most stable connection available, delivering a seamless, connected experience to the customer.
"To achieve this we need to update our Wifi estate. We will alos look at ways to remove the barriers that exist for Wifi networks - namely the need to manually log on to them."
BT expects to launch its Smart Hybrid Network in 2022.
We All know ZTE Convergent Core for 5G networks, and AT&T focus on Convergence taking WiFi in line with 5G. WBA is already writing about 5G Convergence, that is also being interpreted as AT&T and BT focus on converged 5G network.
Also most interesting that WiFi is also willing to enter into it through convergence, as at the beginning of the year and also in subsequent discussion Boingo has also persuaded it strongly. I remember when in a discussion Boingo CTO Mr Derek has spoken "Beware…convergence is the future! Ubiquitous 5G is not economically practical without coexistence between licensed, unlicensed and shared. Mobile connectivity is no longer a device, it's a lifestyle so we must embrace converged solutions that leverage multiple bands and technologies".