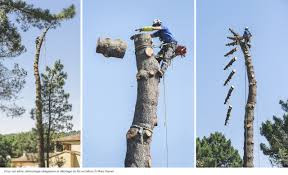 Vodafone has been working on software-defined RAN for the past year, and it's now contributing the project to TIP. Vodafone and Intel will lead the openRAN group, which will develop RAN technologies based on General Purpose Processing Platforms (GPPP) and disaggregated software.
"This is the opening of a system that runs radio as a software on top of general purpose processes and interworks with independent radio," said Santiago Tenorio, head of networks at Vodafone Group. The project will work to reduce the costs associated with building mobile networks and make it easier for smaller vendors to enter the market.
Also  open RAN groups such as the xRAN Foundation, a consortium formed in 2016 to develop and promote the virtualization of the RAN and the use of open standards.

And now with all above being there Cisco announced at MWC 2018 that it is to lead Open vRAN initiatives.

The new Cisco group has some of the same members as xRAN and OpenRAN, including Intel and Mavenir. Other vendors involved in Cisco's Open vRAN initiative include Altiostar, Aricent, Phazr, Red Hat, and Tech Mahindra.

Interesting to note here that  India's Reliance Jio has also joined Open vRAN group.  While many functions of a mobile network are being virtualized, the radio access network is "one area that has been completely neglected," said Reliance Jio's Tareq Amin, SVP, technology development and automation.

Also when asked if any U.S. telecom operators are expected to join, Jonathan Davidson, SVP and GM of service provider networking at Cisco said, "I think they are very open to the disaggregated approach and moving to more cloud native ecosystems. I imagine they will get behind it."

The goal of Open vRAN is to assemble an open and modular RAN architecture, based on General Purpose Processing Platforms (GPPP) and disaggregated software, that will support different use cases. It will develop this new architecture over the next few months.